On September 15th and 16th, riders of Team Bahrain Victorious will be part of two historical races in Tuscany.

Giro Della Toscana – Memorial Alfredo Martini course divides into two parts, which go to the North and South part of Pontedera, where the race starts and finishes. The race has a key climb Monte Serra which is 8km long. Giro Della Toscana is a hilly race with 2000 mt of climbing and 192 km. The race leader will be Dylan Teuns, who will be protected the whole race with teammates Buitrago, Milan, Novak, Pernsteiner, and Williams. In case of a bunch sprint team prepared a strategy to safeguard during the race, the new European Champion Sonny Colbrelli ready to attack in the race’s finale.

On the next day, riders will attend the Coppa Sabatini race, which takes place in Peccioli, since 1952 when the town of Peccioli has wanted to dedicate it to the memory of cyclist Giuseppe Sabatini.

Parcours is hilly with 2702mt of climbing and 210km long with a start and finish in Peccioli. Riders will make loops in 2 different circuits. Team leader Sonny will be protected throughout the whole parcours by his teammates to fight for the position at the race’s finish in the bunch sprint. The Italian Champion has a winning tradition in this race, as he won it twice (2014-2015), and he was second for three consecutive years (2017-2018-2019). 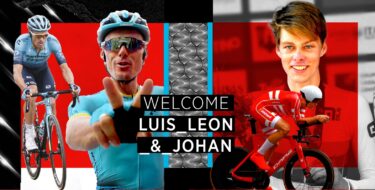