Tuesday, October 20th – The Giro d’Italia resumed after the second rest day with an epic stage for Team Bahrain McLaren.

Jan Tratnik did not miss his chance at the beginning of the third and last week. The Slovenian rider was part of the daily breakaway on the hilly course of stage 16 – from Udine to San Daniele del Friuli (229km) – and after also a solo attack, he went clear on the last steep section just before the finish to take the most important victory in his career. His teammate Enrico Battaglin – who was in the break too – proved to be the fastest by winning the sprint in the chasing group and taking third place.

Speaking after the finish, Jan Tratnik comments: “I could not believe it when I crossed the finish line. It’s my first grand tour stage victory. It is very special feelings after a really long day. Also, it was a special day for me because today we are close to Slovenia. Many Slovenian fans are here including my girlfriend, my brother and my friends.”

“Behind, in the chasing group, the guys did not collaborate well, and we also have Enrico Battaglin among the chasers. As he took control of the rivals, I just went on my own tempo and I dropped Manuele Boaro. On the last climb, I knew what I need is to go full gas, or there could be better climbers.”

“In the end, I think I made perfect tactics and I had really good legs. The climb before the finish suits me perfectly. When Ben O’Connor attacked and I saw that was not fast enough, I went solo until the finish line. I believed in myself, otherwise I could not win.”

From Franco Pellizotti, our Sports Director: “It was a fantastic day for Team Bahrain McLaren. Great victory for Jan, but let’s not forget the great teamwork for all the guys. Enrico Battaglin was 3rd on the podium and Pello Bilbao was in a good position to the final thanks to the team. I think we start this third week really well”. 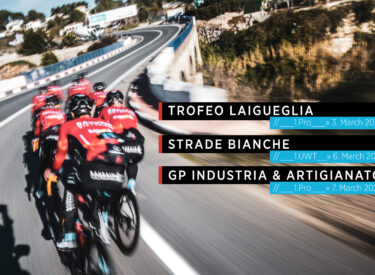 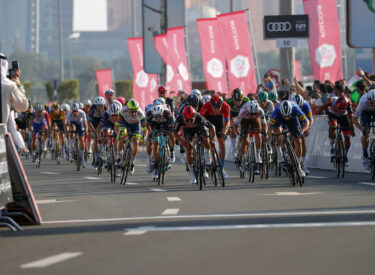